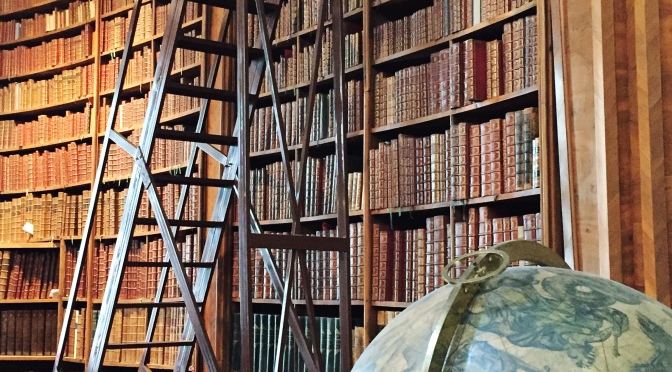 I’m not sure if you know this, but Vienna is ranked one of the most livable cities in the world. One third of Austria’s inhabitants live in this metropolitan city and apparently enjoy a very high quality of life.  With its plethora of spectacular historical buildings, monuments and gardens, and an abundant mix of trendy and traditional bars and restaurants, it’s easy to see why.

The last time Eamonn was in Austria he was a much younger man on a mountain biking trip – for me, Austria was yet another new country to feast my eyes upon.

Our first stop was the Belvedere Palace – a gorgeous place consisting of the Upper and Lower Belvedere, the Orangery and the Palace Stables. We didn’t go inside but it was more than enough to simply gawk at the impressive building whilst wandering through the palace gardens. It was probably the hottest day it had been since we started our trip back in November, but we didn’t mind as we were sporadically cooled down by the off-centre sprinklers.

As we finished up at Belvedere Palace, we came across the Hochstrahlbrunnen monument where we had a spot of lunch and again cooled off thanks to the mighty fountain there.

After a quick lunch, we headed up to the Old Town where I was desperate to see one of the oldest libraries in the world. At 650 years old, my inner book geek did a tiny victory dance at this gloriously preserved library… 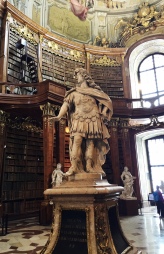 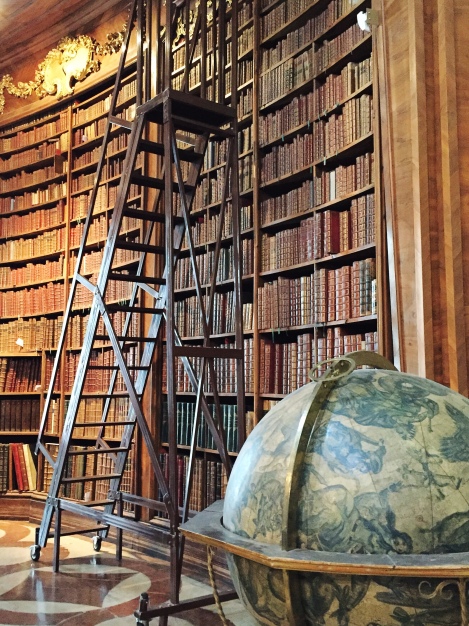 Being the history nerds that we are as well, we love finding out about a city’s past, so here’s the basics…

It wasn’t always sunshine and rainbows and high quality of life in Vienna. During the Second World War, Vienna was, unfortunately, the perfect catalyst for Hitler’s rise to control and malevolence in Europe. It was one of the few cities involved within the fighting that almost completely avoided bombing. Of the couple of bombs that were dropped in central Vienna; they were done so by accident by the Fuhrer’s own Luftwaffe. Today, there aren’t any Hitler signs or plaques in Vienna but there are signs of his infamy dotted around the city.

One of the most obvious is the Holocaust memorials on Albertinaplatz. There lies a statue of a jew, covered in barbed wire with a brush in hand, scrubbing the floor beneath him. It represents the campaign against the Jews that began immediately after the Anschluss. As well as being driven through the streets and having their homes and businesses destroyed, Jewish men and women were forced to wash away pro-independence slogans painted on the streets of Vienna whilst Hitler’s pack watched and laughed. 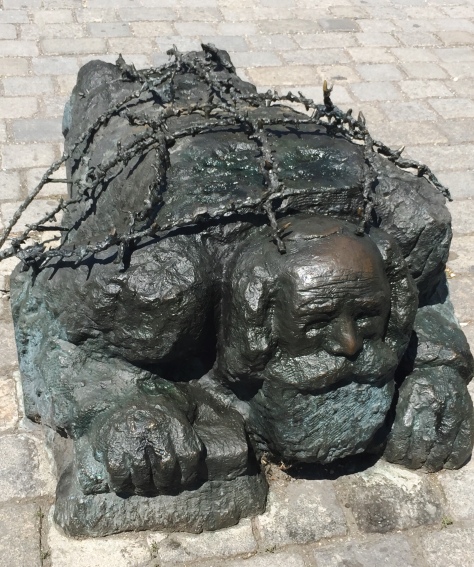 Another is the Hofburg Palace where Hitler stood on the balcony and gave his infamous speech to declare Austria under German control in 1938.

I know all this because we took a free walking tour of the old town. It was the first time we had done a walking tour on this trip and I’m so annoyed that we hadn’t done any beforehand because it was so good. Our guide was friendly, funny and super informative. She didn’t ramble on too long and what she had to say was really, very interesting.

When I say its ‘Free’, what it actually means is that you pay what you feel the tour was worth at the end and tip your guide. I’d recommend it though, for any city, anywhere that is steeped in history! 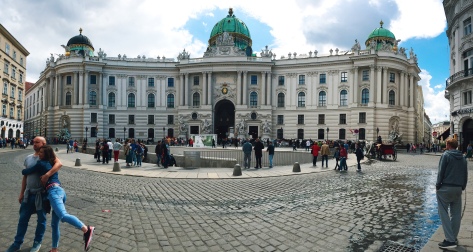 Vienna is brimming with incredibly fascinating history and as dark as those years were seventy years ago, modern-day Vienna is a vibrant and energetic haven of Europe that is so completely welcome and loved by tourists. 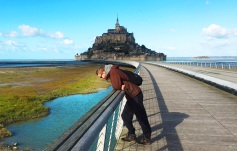